The new generation of the bh DCS-120 FLIM system features unprecedented temporal resolution, unprecedented timing reproducibility, high spatial resolution, high sensitivity, and near-ideal photon efficiency. Fluorescence lifetimes can be detected down to 10 ps. The decay data can be resolved into 4096 time channels, with a minimum time bin width of 405 fs. Pixel numbers as high as 4096 x 4096 are available. The system is available in a confocal version with excitation by ps diode lasers, or as a two-photon version with a Ti:Sa laser or a femtosecond fibre laser.

Data analysis is performed by next generation SPCImage NG. Lifetime analysis is running on a GPU, reducing calculation time from previously several minutes to a few seconds. Other features are the availability of image segmentation via a phasor plot or via 2D time-domain histograms, and automatic modelling of the system IRF. Together with the extraordinary timing stability of the recording system, repeated recalibration of the IRF is no longer necessary.

Target applications of the new DCS-120 system are molecular imaging in live cells and tissues, protein-interaction experiments by FRET, metabolic imaging by NADH / FAD decay parameters, identification of cancer cells, and the recording of dynamic physiological processes of cell metabolism and neurology. 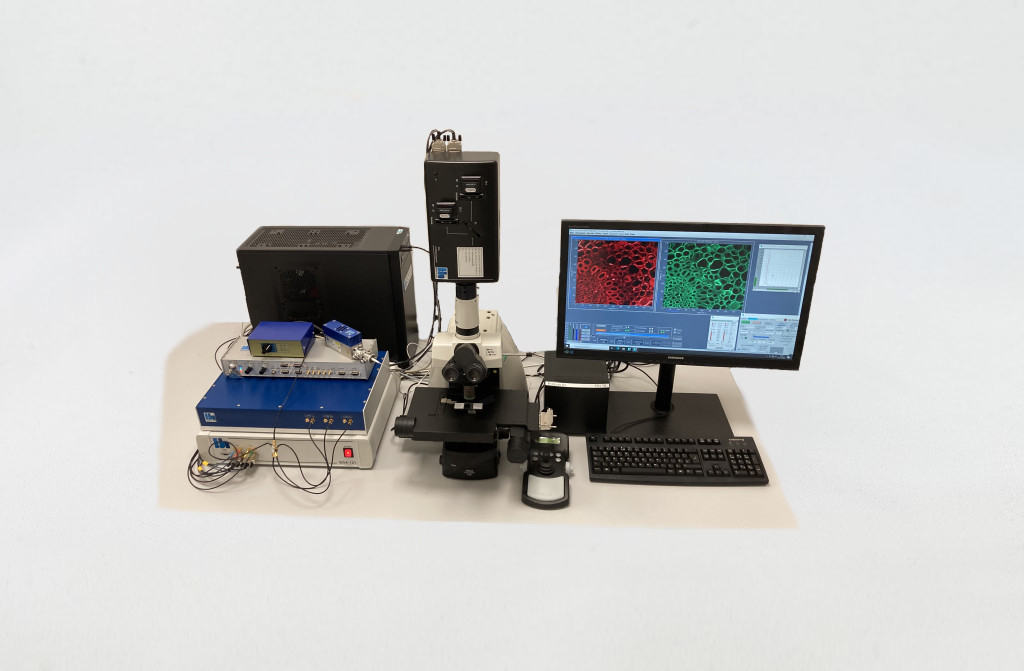