Multi-dimensional TCSPC is an extension of the classic TCSPC technique. The technique was introduced by Becker & Hickl (bh) in 1993. For every photon, it determines not only the time in the excitation pulse period but also additional parameters, such as wavelength, direction of polarization, location within an image area, time from a stimulation of the sample, excitation wavelength, and many others which can either be measured or controlled in the experiment setup.

As for classic TCSPC, every photon seen by the detector contributes to the buildup of the photon distribution. Since there is no rejection of photons the recording process works at near ideal efficiency.

TCSPC build up a photon distribution over the times and the wavelength of the photons. The result is a set of decay curves for different wavelength.

TCSPC build up a photon distribution over the times of the photon after the excitation pulses and after a stimulation of the sample. The example shows the photochemical transient of chlorophyll in a plant. Time per curve is 100 microseconds. 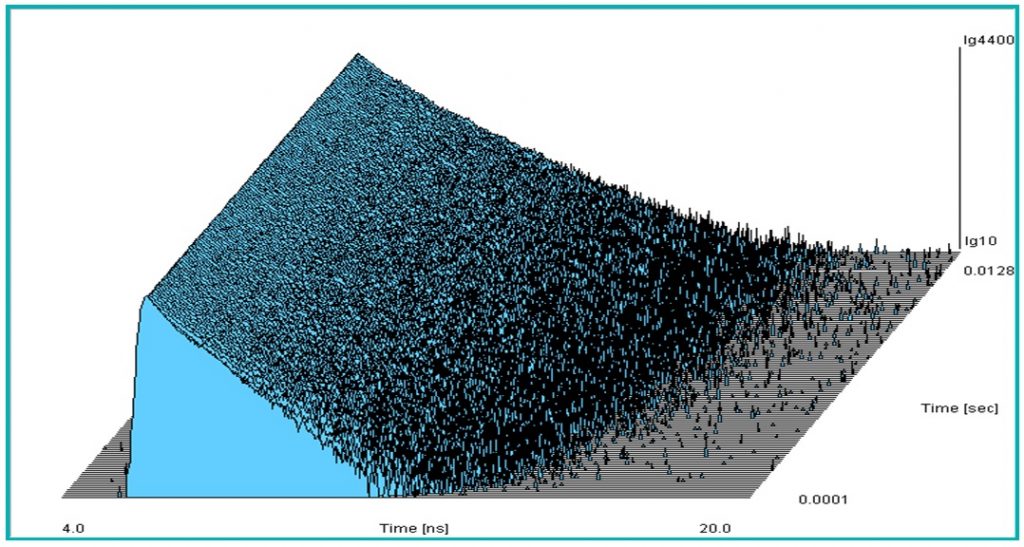