With the introduction of the SPC-150, 152, and 154 TCSPC devcices Becker & Hickl have introduced a new FLIM mode into their TCSPC modules. It differs from the traditional ‘Scan Sync In’ mode in that it does not build up a photon distribution in the memory of the TCSPC module but transfers the data photon by photon into the computer. The software analyses the incoming data stream and builds up the FLIM data in the memory of the computer. Thus, relatively large FLIM data sets can be acquired with TCSPC modules of moderate memory size. The new ‘FIFO Imaging’ mode is especially useful for multi-spectral FLIM measurements and for imaging of small particles on a large dark background. 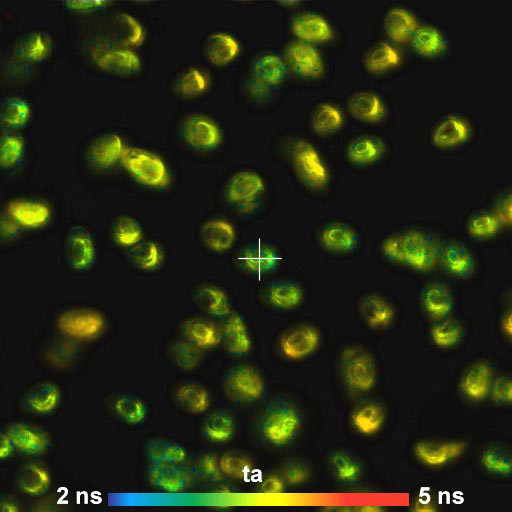