We present a new model for analysis of fluorescence-lifetime ophtalmoscopy data recorded with the Heidelberg Engineering FLIO system. The model uses three exponential components, two of which describe the fundus fluorescence, whereas the third one models the fluorescence of the crystalline lens. The third component is shifted toward short times, accounting for the difference in signal transit time. Compared with the standard triple-exponential model, the fit stability and the lifetime reproducibility are massively improved. Most importantly, the new model allows us to separate the decay components from the fundus from the decay component of the lens. We demonstrate the performance of the new model on FLIO data of a cataract patient who obtained a cataract surgery. Pre-surgery data were dominated by lens fluorescence. Analysed with the conventional three-component model, the data did not deliver useful information about the fundus. With the new model we were able to extract fundus lifetimes which matched the lifetimes from post-surgery images. For details please see W. Becker, A. Bergmann, L. Sauer, ‘Shifted-Component Model Improves FLIO Data Analysis’. The shifted component model is implemented in bh SPCImage data analysis software, version 7.4. 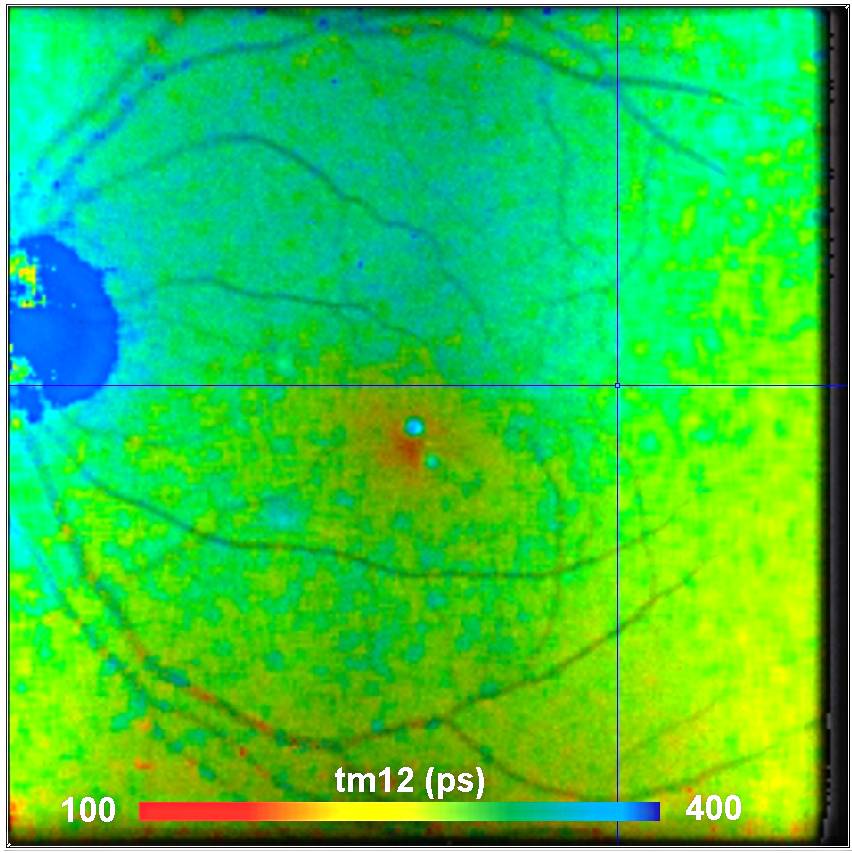