An NbN superconducting nanowire single photon detector (SNSPD) was used to perform time-correlated single photon counting (TCSPC) with an instrument response function (IRF) width of 4.4 ps full width at half maximum (FWHM). The detector was developed collaboratively by MIT and the Jet Propulsion Laboratory (JPL), and the TCSPC module was a modified BH SPC-150NX device. We demonstrate the resolution of the system by recording the fluorescence decay of IR 1061 (an infrared dye). The fluorescence lifetime of IR 1061 dissolved in dichloromethane was determined to be 43.7 ps at 1200 nm. 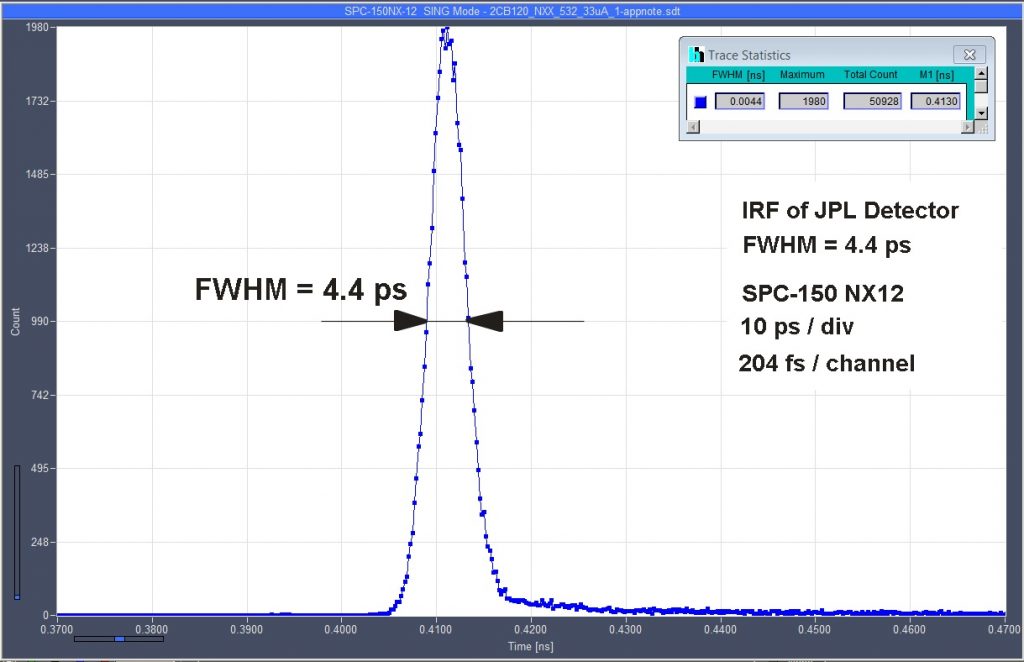