The combination of the Abberior STED system [1] with the bh Simple-Tau 150/154 TCSPC FLIM system [3] records FLIM data at a spatial resolution of better than 40 nm. The image format can be as large as 2048 x 2048 pixels with 256 time channels per pixel. An image area of 40 x 40 micrometers can thus be covered with 20 nm pixel size, fully satisfying the Nyquist criterion. With smaller numbers of time channels even larger pixel numbers are possible. The system especially benefits from Windows 64 bit technology used both in the Abberior and in the bh data acquisition software, from the combined processing power of the two system computers, and the high data throughput of up to four parallel TCSPC FLIM channels. The system achieves peak count rates in excess of 5 MHz per FLIM channel, resulting in unprecedented signal-to-noise ratio and short acquisition time. 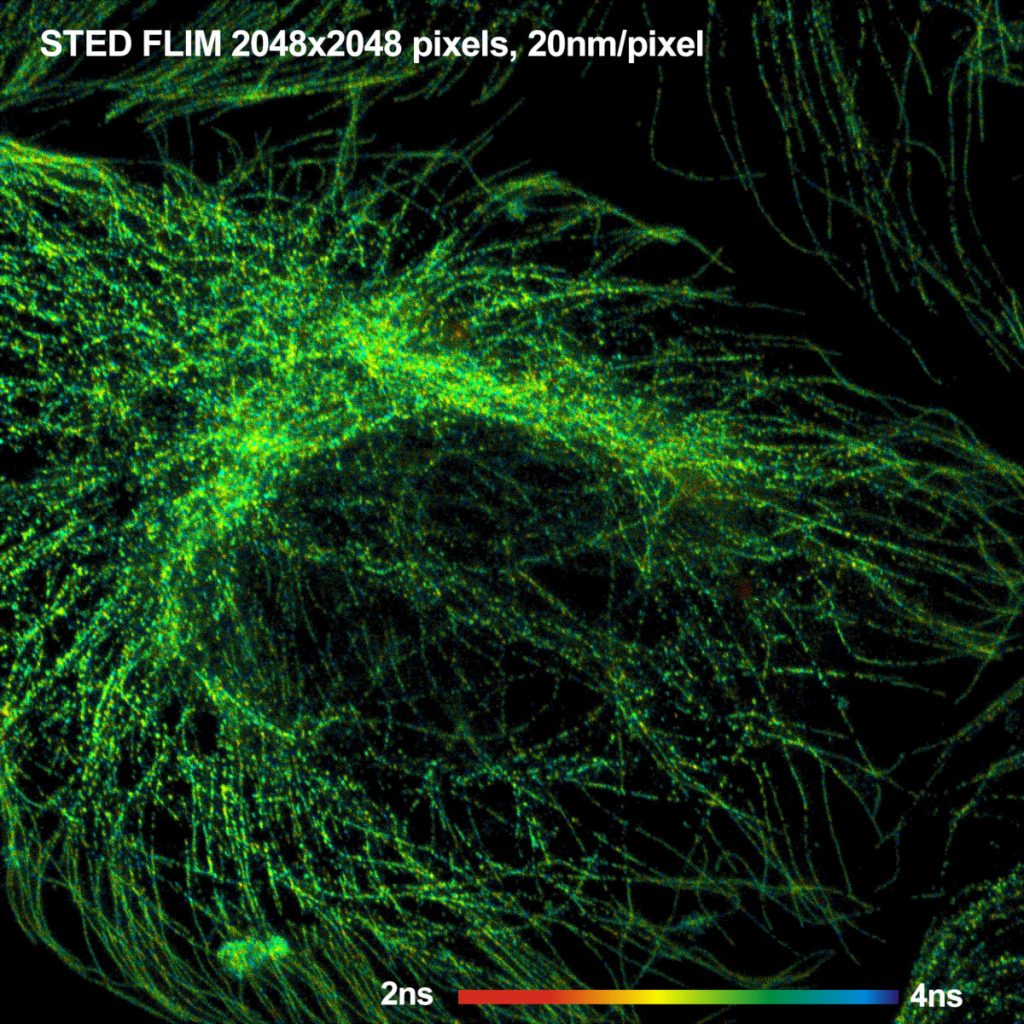