We report on a fast-acquisition FLIM system that works with a single detector, four parallel TCSPC FLIM channels, and a device that distributes the photon pulses into the four recording channels. The bh FASTAC FLIM system features an electrical IRF width of less than 7 ps (FWHM), and a time channel width down to 820 fs. The optical time resolution with an HPM-100-06 hybrid detector is shorter than 25 ps (FWHM). The system is virtually free of pile-up effects and has drastically reduced counting loss.
FLIM data can be recorded at acquisition times down to the fastest frame times of the commonly used galvanometer scanners. Fast recording does not compromise the time resolution; the data can be recorded with the TCSPC-typical number of time-channels numbers of up to 1024 or even 4096. Pixel numbers can be increased to 1024 x 1024 or 2048 x 2048 pixels. The system is therefore equally suitable for fast FLIM and precision FLIM applications. 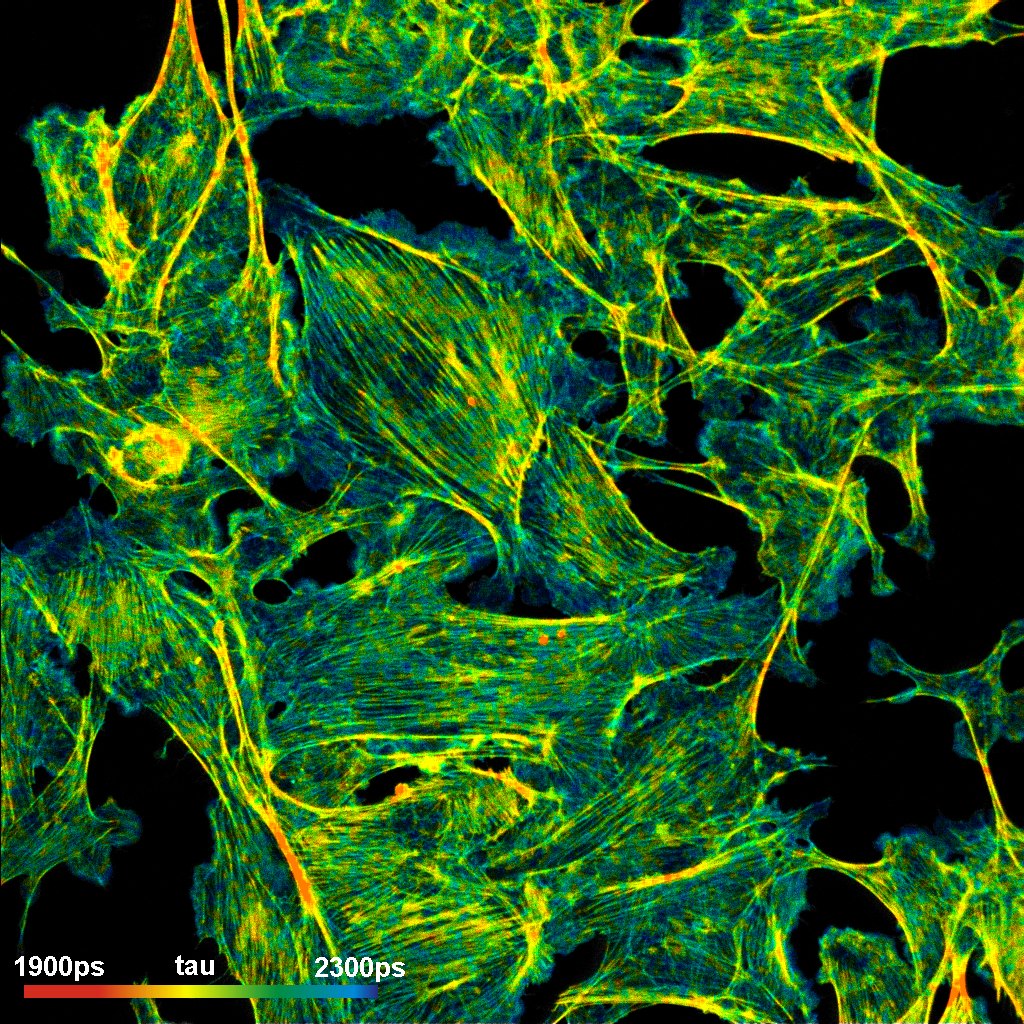