The PML-16 detectors record simultaneously in 16 separate channels of a multi-anode PMT. Simultaneous recording is achieved by bh's 'routing technique. The technique is based on the assumption that the detection of several photons in different detector channels within the response time of the TCSPC electronics is unlikely. Therefore, it is possible to combine the single-photon pulses of all detector channels in one photon-pulse line, generate a digital 'routing' signal that relates the individual photons to the detector channels, and record photons of different routing information into separate memory blocks in the TCSPC module. Please see Multi-Dimensional TCSPC on this web site or The bh TCSPC Handbook, chapter 'Multi-Dimensional TCSPC Implementations'. The operation of the PML-16 detectors in combination with the SPC module is illustrated in the figure below. The combined photon pulses of the PMT channels are used as a start signal for the photon timing. The number of the PMT channel that detected the photon is used as a routing signal. Consequently, the SPC module records a photon distribution over the times of the photons after the laser pulses and the channel number in the PMT. It is equivalent to 16 curves for the 16 channels of the PMT. Please note that the process does not involve any multiplexing or wavelength scanning. Every photon is just rcorded into a time channel according to its time in the laser pulse period, and the PMT channel at which it arrived. Therefore, the process works at near-ideal photon efficiency. For spectrally resolved detection with the PML-16 please see Multi-Spectral Detectors.

(1) According to Hamamatsu specifications 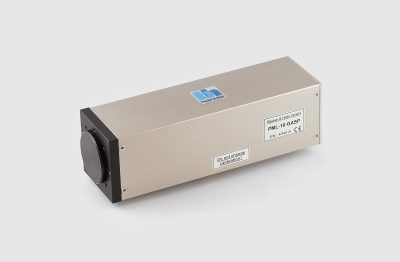 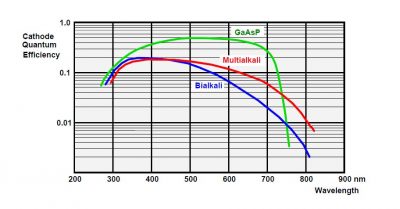