The PML-SPEC and MW-FLIM multispectral detectors use PML-16  16-channel detectors in combination with a small spectrograph. The spectrograph projects a spectum of the light signal on the detector, and the signals arriving at the PMT channels are recorded in separate memory blocks of the TCSPC module. The recording principle is described under Multi-Channel Detectors.

The optical principle of the PML-SPEC and MW-FLIM detectors is shown in the figure below, left and right. The devices differ in the way the light is deliverd into the spectrograph. The PML-SPEC uses a single fibre, the MW-FLIM a fibre bundle. The bundle collects light from a circular area about 3mm across, and converts it into as narrow slit at the output. This way, the MW-FLIM detector can be used at the non-descanned ouput of a multiphoton microscope. 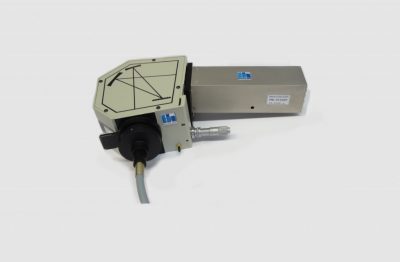 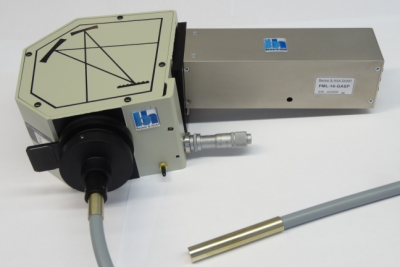 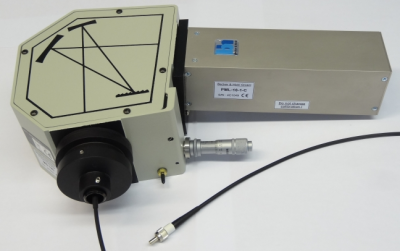 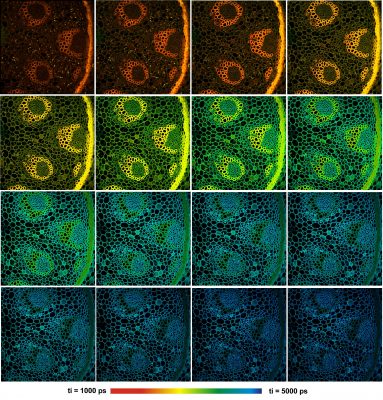 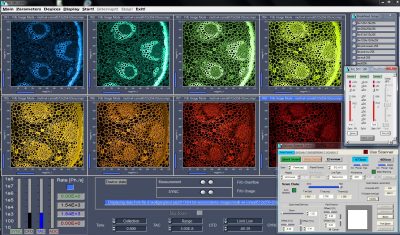 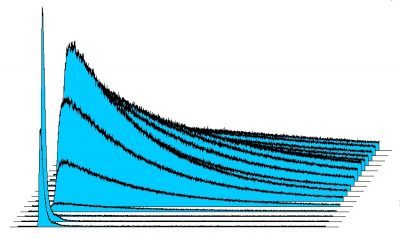 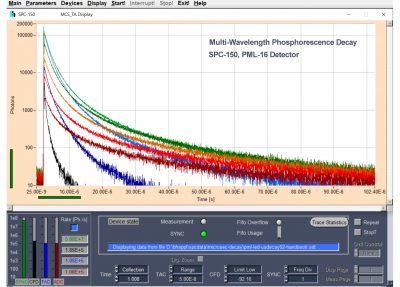 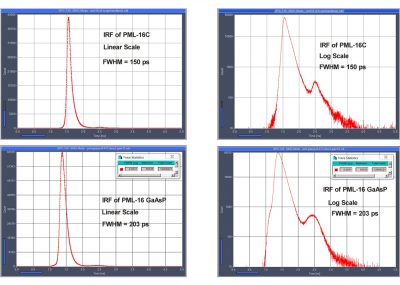 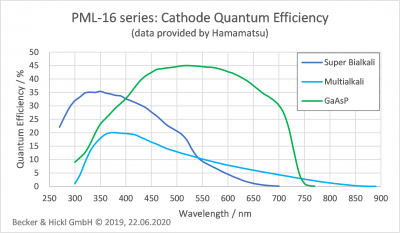 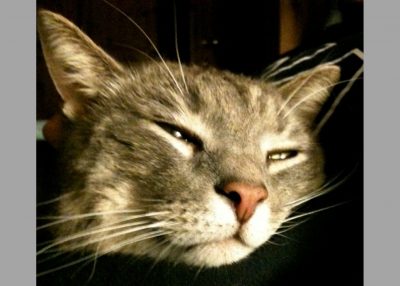