The bh DCC-100 and DCC-100PCIe modules are used to control detectors and lasers in conjunction with bh photon counters. The DCC provides power supply to two detectors and controls their gain via the PMT operating voltages. In conjunction with bh detectors or bh preamplifiers, it provides overload shutdown of the detectors. Furthermore, the DCC delivers the current for thermoelectric coolers, e.g. for the Hamamatsu H7422 and the bh PMC-150 and cooled HPM-100 modules. Moreover, the DCC has high-current digital outputs for controlling shutters or actuators. The DCC can also be used to control the output power of two bh BDL-SMN or BDS-SM picosecond diode lasers. The operation of the DCC is integrated in the SPCM data acquisition and system control software. Due to its versatility the DCC modules are part of almost any bh TCSPC system. 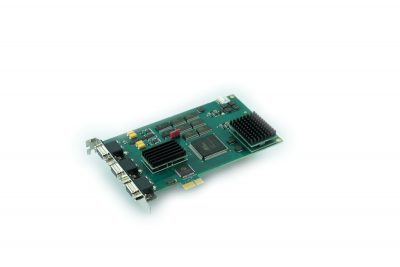 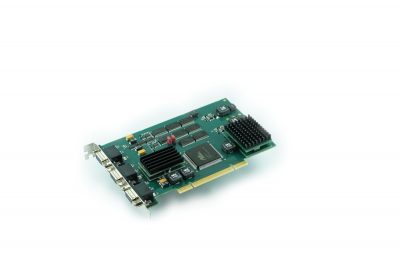 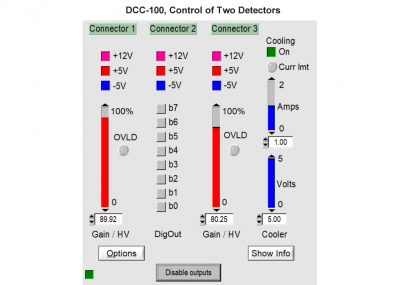 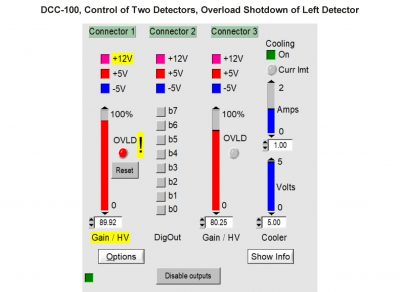 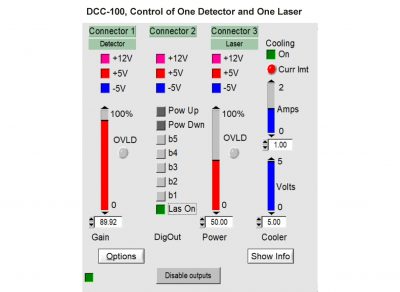