We describe a setup for fluorescence lifetime imaging (FLIM) of a three-dimensional object. The object is rotated around a vertical axis and simultaneously scanned vertically by a fast galvanometer scanner. The excitation light comes from a BDS-SM picosecond diode laser. FLIM is recorded by a standard SPC-150 TCSPC module via the normal multidimensional recording process of the bh TCSPC devices. The resulting FLIM image is a developed view of the entire sample surface, containing a full fluorescence decay curve in each pixel. 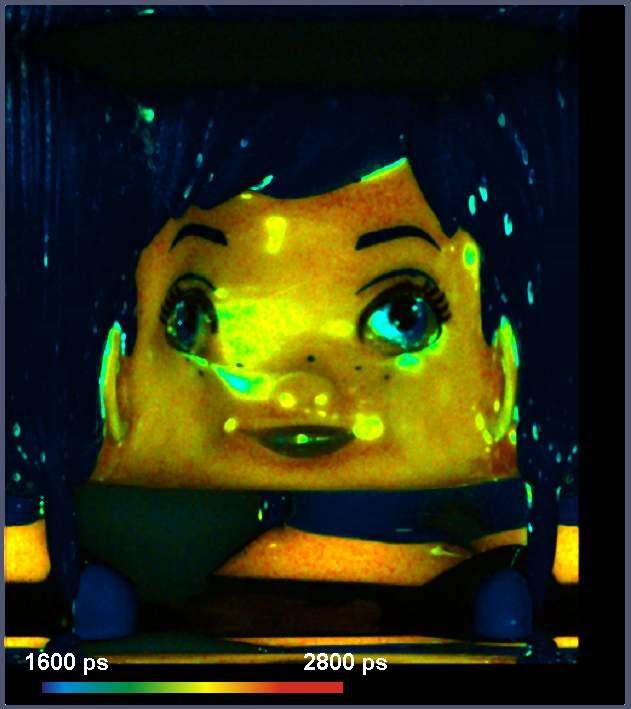