Using TCSPC with ultra-fast hybrid detectors we found extremely fast fluorescence-decay components in Scottish whisky. Already cuvette based fluorescence measurements with picosecond-diode laser excitation showed that the decay functions contained components with lifetimes shorter than 50 ps. The relatively large width of the laser pulses and the transit time in the cuvette resulted in an IRF width of about 75 ps.  Due to uncertainty in the IRF the component lifetimes could not be determined more accurately. We therefore used our DCS-120 MP multiphoton FLIM system to obtain fluorescence decay data at higher temporal resolution. In the DCS-120 MP system negligible excitation pulse width, small effective sample volume, and absence of transit-time effects lead to an IRF width of about 25 ps. Data obtained with this system showed fast decay components down to less than 10 ps decay time and more than 90% amplitude. Decay times and amplitudes were clearly different for different whisky samples. Whether the values are characteristic of the brand or of the ageing we are not able to tell. 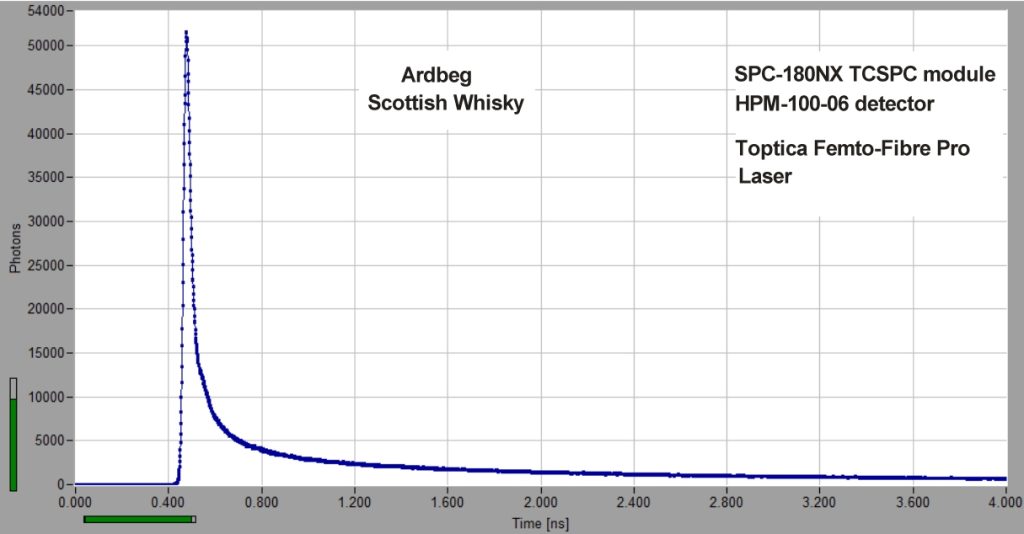