The instrument consists of the fibre probe, the exchangeable tip, the excitation laser, the detector, and the TCSPC system. The setup is shown in the figure below. The excitation light is delivered by a BDL‑SMN picosecond diode laser. It is injected into the input fibre of the fibre probe. The fluorescence light returned from the measurement object is transferred to an HPM‑100-40 detector by the output fibre of the probe. The input fibre is single-mode to minimise motion artefacts. The output fibre is multi-mode to obtain a high collection efficiency. The fluorescence decay curves are recorded by a bh Simple‑Tau 150 TCSPC system. 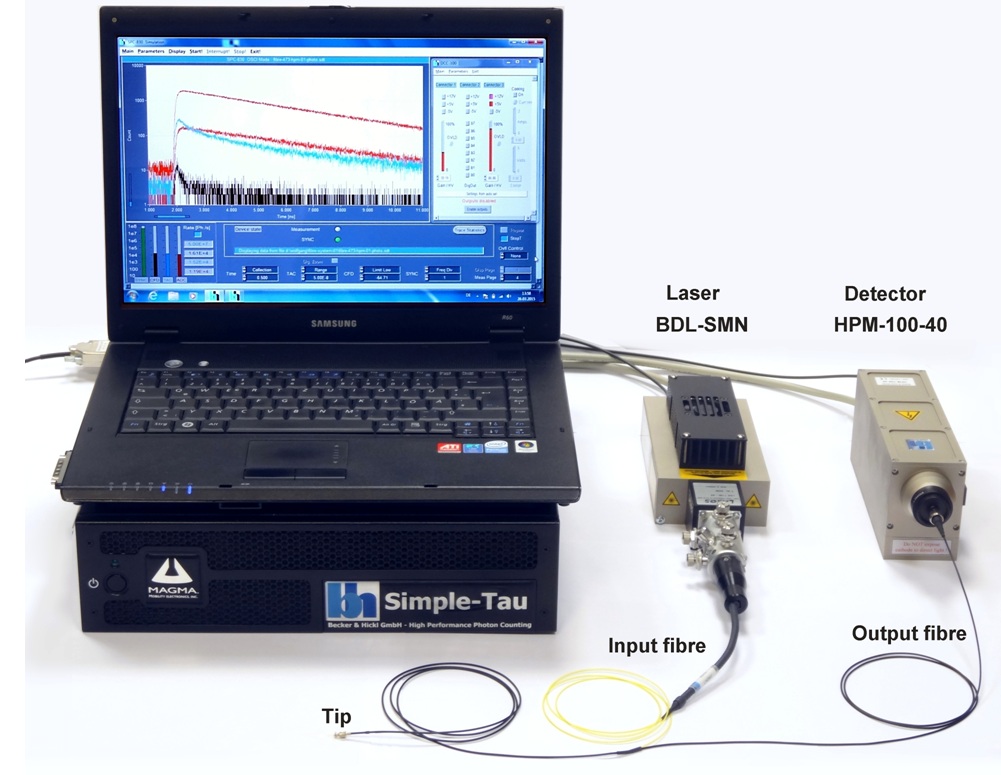 The principle of the fibre probe is shownbelow. The probe consists of the input fibre (single mode) with a Qioptiq compatible fibre connector, the output fibre (multi-mode) with an FC connector, a miniature fibre connector, and the exchangeable tip. The tip contains of a short piece of multi-mode fibre. The tip is the only part of the system that is common for the excitation and the detection beam. Background signals from fluorescence and Raman light generation in the glass of the probe are therefore kept at an acceptably low level. 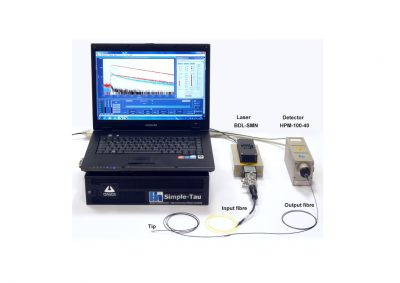 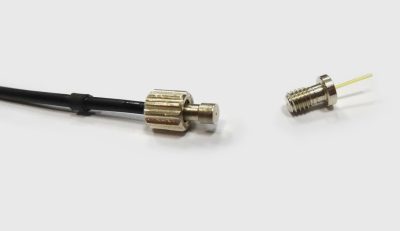