The optical principle is shown in the figure below. The object is placed on a table which rotates it around its vertical axis. Simultaneously, the object is scanned vertically by a fast galvanometer mirror. A bh BDS-SM picosecond diode laser is used for exciting fluorescence in the object. A lens, L1, focuses the laser beam into an intermediate image plane. A projection lens system, L2 and L3, projects this plane on the surface of the object. As the galvanometer mirror is moving, the laser spot moves up and down the surface of the object. With the rotation of the table, the entire surface of the object is scanned by the laser spot. Fluorescence emitted at the object is projected back into the intermediate image plane and collimated by L1. It is separated from the excitation light by a dichroic mirror. It then passes a long-pass or bandpass filter and is detected by a PMC-150 or HPM-100 detector. The photons are recorded by a bh TCSPC module, images are built up by the normal TCSPC FLIM process. 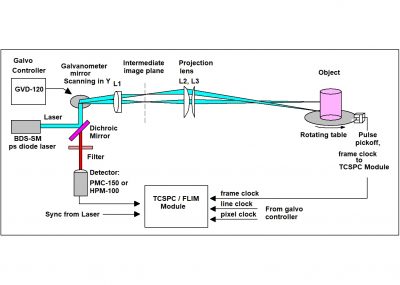 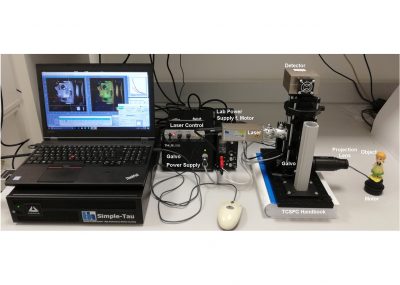 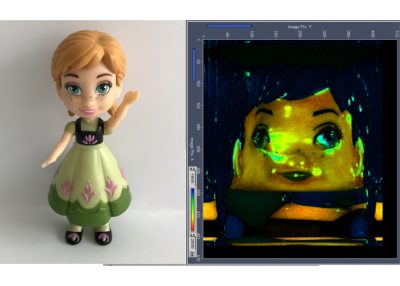