Conversion Principle
Different than the SPC-130, -150, -160 and -180 TCSPC modules, which use a TAC/ADC principle, the SPC-QC uses direct time-to-digital (TDC) conversion. The two principles are illustrated in the figure below. The TAC-ADC principle is shown left. It uses a linear voltage ramp between a start pulse (usually the photon) and a stop pulse (usually a reference pulse from the laser). The voltage is converted in a digital data word which expresses the time of the photon in the laser pulse sequence.
The TDC principle is shown on the right. The photon pulses from the detector(s) and the reference pulses from the laser are sent through chains of delay elements. The timing logics looks at the data in the delay chains, identifies start-stop pairs of photons and laser pulses, and this way determines the temporal positions of the photons in the laser pulse sequence. From these data, the usual TCSPC / FLIM photon distributions are built up.

Comparison with bh SPC-130 to SPC-180 series
The advantage of the TDC principle is that the timing electronics can be implemented in an FPGA (Field-Programmable Gate Array). Therefore several recording channels can be implemented on one TCSPC board. Another feature where the TDC is superior to the TAC is that the TDC principle works up to extremely high count rates. Even the detection of several photons per laser pulse is possible. In practice, the count rate is limited by pile-up, dead time in the detector-discriminator combination, degradation of the detector timing performance at high count rate, and, of course, by the capability of the sample to deliver the count rate without photo degradation.
On the downside, the time resolution is much lower than for the TAC ADC principle. A comparison of the electrical IRF of an SPC-180NXX and an SPC-QC-104 is given in the figure below. The IRF width for the SPC-180NXX (left) is 2.8 ps FWHM, for the SPC-QC-104 (right) it is 48 ps FWHM. Although 48 ps FWHM is an excellent value for a TDC the SPC-QC-104 does not exploit the full time resolution of ultra-fast detector, such as SSPDs, MCP-PMTs and ultra-fast hybrid detectors.

Summary
The SPC-QC-104 is a TDC-based TCAPC FLIM module. It has three parallel TCSPC/FLIM channels and one common reference channel. Alternatively, the modules can be operated with four parallel absolute photon timing channels. The module features high peak count rate and reasonably fast time resolution. With an electrical IRF width of 48 ps FWHM, an internal timing jitter of 20 ps RMS and a timing stability of 5 ps RMS the SPC-QC-104 can be used for a large number of fluorescence decay and FLIM applications. The SPC-QC-104 is especially attractive in applications where several parallel detection channels are desirable, and multi-module systems of SPC-150 or -180 modules appear too bulky or too power consuming. On the downside, the SPC-QC-104 does not exploit the full time resolution of ultra-fast single-photon detectors, such as SSPDs, MCP-PMTs or hybrid PMTs. In applications with such detectors the bh SPC series, preferably the SPC-150NX, SPC-150 NXX, SPC-180NX, or SPC-180NXX should be used. 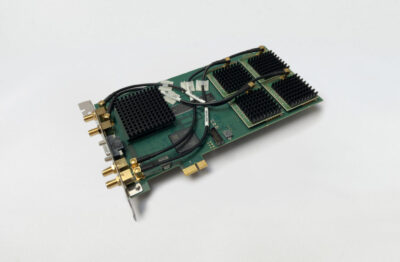 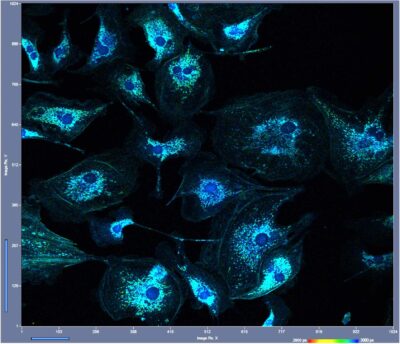 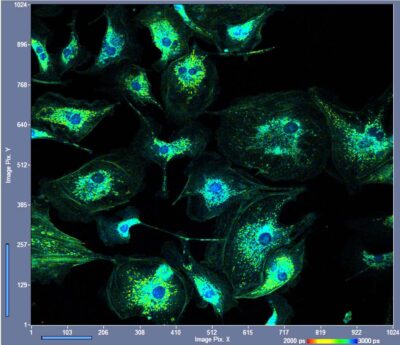 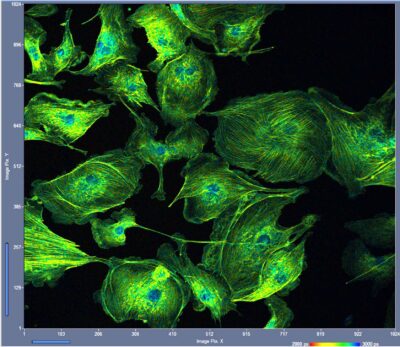 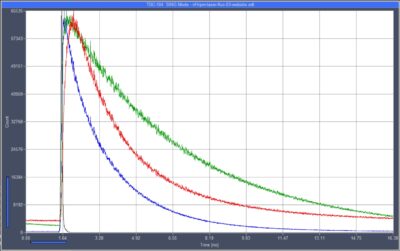 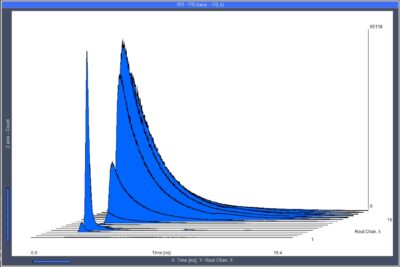 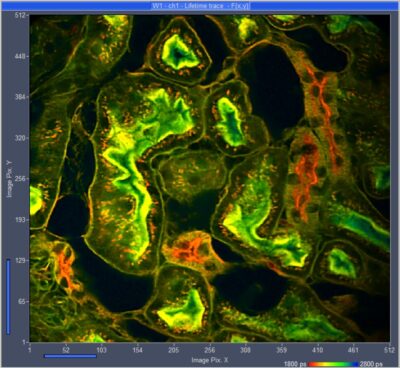