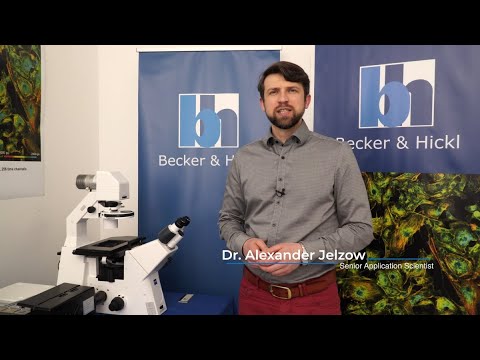 Principle of the DCS-120 MACRO System

The DCS-120 MACRO system scans macroscopic samples directly in the primary image plane of a DCS-120 confocal scan head. The principle is shown in the figure below.

Two lasers of different wavelength are injected into the scanner via single-mode fibres. The combined laser beam is scanned by two fast-moving galvanometer mirrors. The scan lens focuses the laser beam into an image plane shortly in front of the scanner. For scanning an object, this plane is brought in coincidence with the sample surface. As the galvanometer mirrors change the beam angle the laser focus scans over the sample. Fluorescence light excited in the sample is collimated back by the scan lens, de-scanned by the galvanometer mirrors, and separated from the excitation light by the main dichroic beamsplitter. The fluorescence beam is further split into two spectral or polarisation components, and focused into pinholes. Light passing the pinholes is sent to HPM-100-40 or HPM-100-06 hybrid detectors. At maximum scan amplitude (minimum zoom), the systems scans an image area of approximately 15 x15 mm. With a spatial resolution of the DCS MACRO of about 20 micrometers, images of extremely high definition can be obtained. To fully exploit the resolution of the scanner FLIM data can be recorded with up to 20248 x 2048 pixels. The number of time channels can be selected from 64 to 4096, the recommended number is 1024. An example is shown in the figure below. 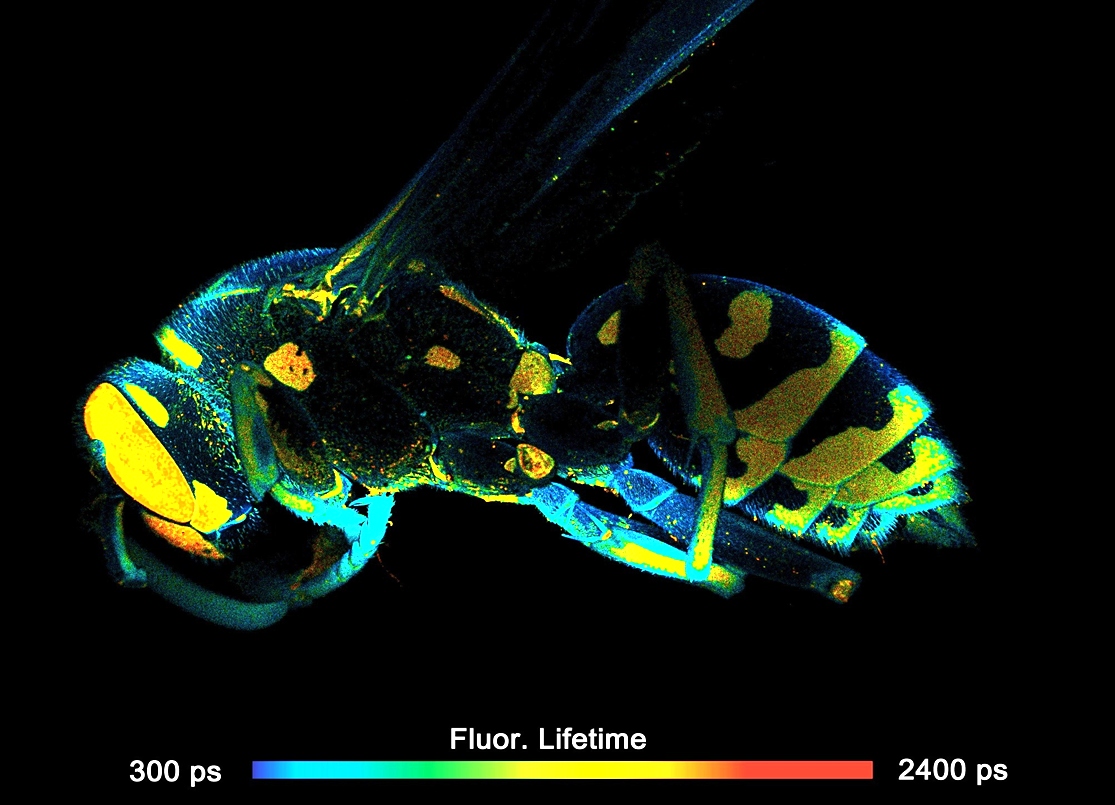 FLIM Data Acquisition
FLIM data acquisition works by bh's multi-dimensional TCSPC process. It is based on the detection of single fluorescence photons, the determination of the photon times in the laser pulse period and the location of the laser beam in the scan area in the moment of the photon detection, and the build-up of a three dimensional photon distribution over the scan coordinates and the time in the laser pulse period. Please see also Principle of the DCS-120 Confocal FLIM system.
For details please see Handbook of the DCS-120 Confocal and Multiphoton FLIM Systems and The bh TCSPC Handbook. 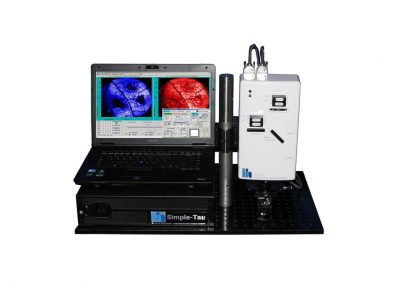 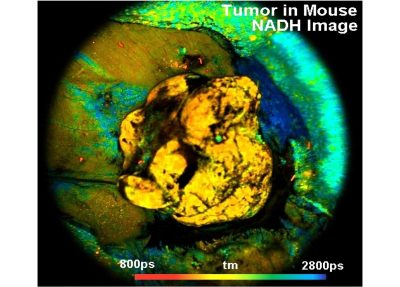 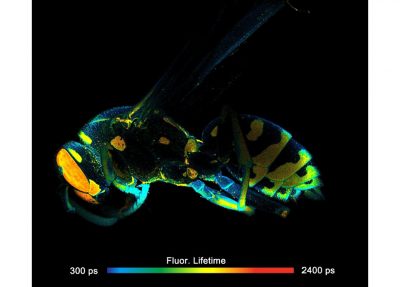 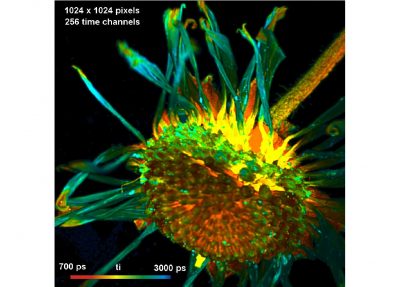 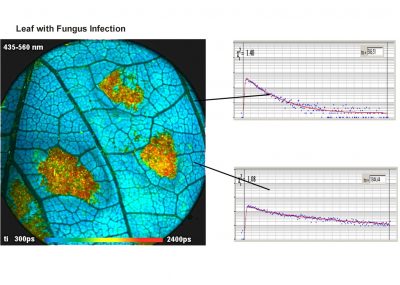 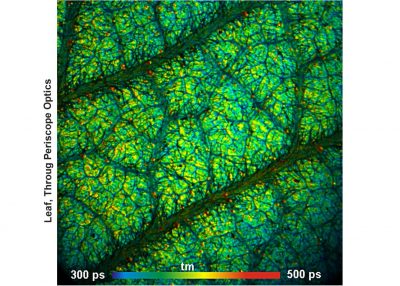 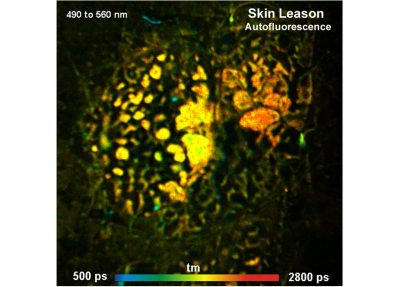 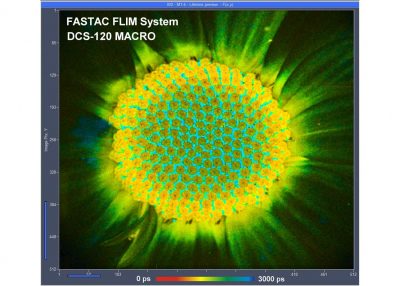 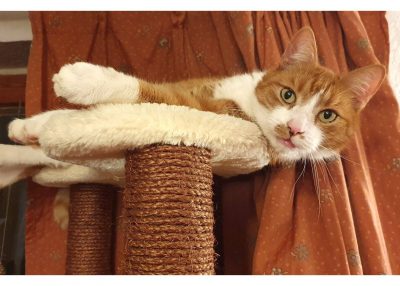